PFU Imaging Solutions Europe, a subsidiary of Fujitsu, hosted its fifth annual partner conference in Barcelona from October 8 to 10 with the theme of “Capture the Growth”. Almost 300 experts from 45 countries in the EMEA region followed strategic updates by PFU executives, user presentations by representatives from the banking and healthcare industries and from government, and the Fujitsu scanner business overview. PFU recognized six channel partners with special awards in various categories.

Distributors, independent software vendors (ISV), resellers, business users and manufacturers accepted PFU's invitation to obtain a detailed view of the world of document capture and management. Many of them had visited previous ICCs, which have become a regular industry platform for the scanner market. 77% of Fujitsu’s partners attending the conference reported that their business was either “growing” or “strongly growing” in a survey conducted at the conference.

Mike Nelson, General Manager, Sales and Marketing EMEA for PFU Imaging Solutions Europe Ltd, announced in his keynote address that PFU has again achieved record results in 2012 following a record year in 2011. He emphasized considerable growth against the backdrop of a weak economy, especially in the euro zone, and thanked partners for their contribution to this success. Nelson stressed that PFU provides stability in uncertain times and is fully focused on helping its partners to develop their businesses and prepare for growth. 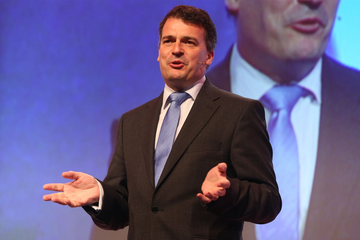 We are very happy with the feedback we have received at this fifth Imaging Channel Conference,” says Douglas Rudolph, General Manager Marketing EMEA, PFU Imaging Solutions Europe. “The chance to network with document management specialists from Europe, Africa and the Middle East helps our partners find strategies to capture their own growth by adding value to their business processes. The conference underscored our stated aim of being their most trustworthy vendor.”

And the award goes to…

PFU kept up its tradition of honouring particularly successful partners and projects with the Fujitsu Imaging Channel Award in the following six categories: 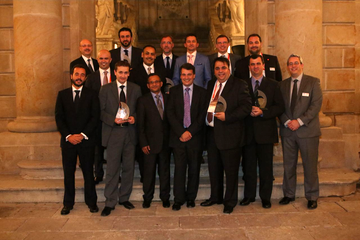 For further high-resolution pictures of the event please visit: https://www.dropbox.com/sh/vgvzsrdw2m6p7gi/U2N1KEkEuJ

PFU Limited (Japan), a Fujitsu company, is the maker of Fujitsu scanners. The company is a globally active IT provider that designs, manufactures and markets computer hardware, peripheral products and enterprise software. PFU offers the broadest portfolio of document scanners for professional personal, desktop, workgroup and high-volume production environments and is one of the world's leading document scanner companies. PFU has been engaged in the document imaging scanner business for more than 20 years and generates an annual turnover of $1 billion.
For more information, please see: : www.pfu.fujitsu.com/en/

Operating in Europe, the Middle East, and Africa (EMEA), PFU Imaging Solutions Europe Limited is responsible for marketing and sales of the Fujitsu document scanners. The European company was established in the United Kingdom in 1981 and has subsidiaries in Germany and Italy.
For more information, please see: : www.fujitsu.com/emea/products/

© Copyright 2012 PFU Imaging Solutions Europe Limited. All rights reserved. PFU and the PFU logo are registered trademarks of PFU Limited. Fujitsu and the Fujitsu logo are registered trademarks of Fujitsu Limited. All other trademarks are the property of their respective owners. Statements herein are based on specified operating conditions and are not intended to create any implied warranty of merchantability or fitness for a particular purpose. PFU Imaging Solutions Europe Limited reserves the right to modifications at any time without notice of these statements, our services, products, and their warranty and performance specifications.