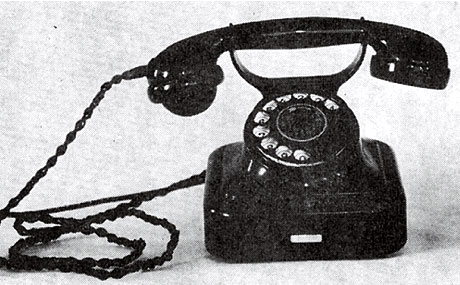 Japan's telephone and telegraph infrastructure was heavily damaged during WWII. By the end of the war these facilities could no longer function as the nation's nervous system. Japan's Ministry of Telecommunications mounted a massive effort to restore Japan's telecommunications infrastructure and Fujitsu, which at the time was still not recognized as an official manufacturer of telephones, received a referral. In December 1945, Fujitsu's Fuji-type Model-3 telephone was officially adopted after meeting government standards, and Fujitsu was approved as a telephone manufacturer. Fujitsu thus contributed greatly to the restoration of Japan's communications infrastructure in the aftermath of WWII.