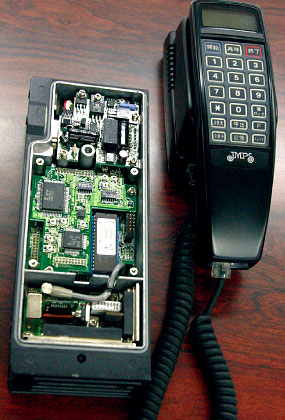 Fujitsu's development of car phones began with its participation in the CMS (Co-operative Mobile Supplier) program implemented in the U.S. city of Chicago in 1977. This was a program in the U.S. which accepted applications by mobile terminal device providers for tests of cellular communication systems. Fujitsu successfully completed its test and received a certificate of authorization, beginning its car phone business in the U.S. Based on achievements in this program, Fujitsu later entered the car phone and mobile telephone businesses in Japan.