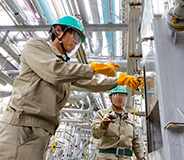 One of the world’s leading comprehensive chemical manufacturers, Sumitomo Chemical Co., Ltd. has adopted the global platform, Amazon Web Services (AWS) to support its core systems as it aims for advanced global SCM. This AWS migration of SAP ERP used by 5,700 users at 31 companies in Japan was made during a 3-day weekend in December, to avoid impacting normal operations. By implementing comprehensive risk identification measures in advance, this large-scale migration of 14 terabytes was completed in three days. Even since real operation was launched, stable operation is continuing without any problems. Maintenance is no longer needed, and the IT Innovation Department can now focus its efforts on competitive IT.

Sumitomo Chemical was founded in 1913 to manufacture fertilizers from sulfur dioxide emitted from copper smelting operations with the aim of solving smoke pollution issues caused by the emissions. Since its establishment, it has upheld its founding principle of contributing broadly to society through its business activities rather than merely seeking business profits, and the company has continued to evolve along with the changing times. At present, the Sumitomo Chemical Group including over 100 subsidiaries and affiliates operates businesses in five sectors - Petrochemicals and Plastics, Energy and Functional Materials, IT-related Chemicals, Health and Crop Sciences, and Pharmaceuticals – and provides products worldwide that support a wide variety of industries and help people’s daily lives. Sumitomo Chemical has grown into one of the world’s leading comprehensive chemical manufacturers accounting for 40% of regional output and with 60% of its sales overseas.

Sumitomo Chemical’s Mid-term Business Management Plan (FY 2016 - 2018), positioned as a new departure for the next 100 years, aims for “Work style innovation and operational reforms for the IoT era,” and promotes global digitalization in all areas including supply-chain management (SCM), R&D, marketing, offices, and plants. The key theme is global consolidation of its core systems through the construction of an IT infrastructure to support operational reforms by digitalization. 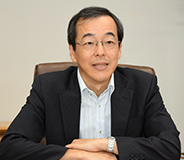 “We aimed to realize advanced, real-time visualization of global supply-chain information. The key point was to make SAP S/4HANA our global standard as the platform for the SAP HANA in-memory database, by using the public cloud as our global platform,” explains Associate Officer of the IT Innovation Department at Sumitomo Chemical, Mr. Yasuo Tosa.

Using the core systems on SAP S/4HANA which entered full-operation in the fall of 2017 in North America as its global template, Sumitomo Chemical will deploy it horizontally across Asia at the timing of updating the SAP system. In addition, Sumitomo Chemical migrated to this global platform as an initial step with a view to switching to SAP S/4HANA from SAP ERP, which is used by 31 companies and 5,700 users within Japan and for which the support period will end in 2025.

Why use a public cloud for the global platform for core systems? Mr. Tosa explains the reasons as follows: “The main reasons were to reduce operating costs by not holding assets, to respond speedily and flexibly to changes such as M&A, to enable secure access regardless of the device or location, and because of the significant merits of scale in global terms from the perspective of cost, speed and flexibility, etc. In addition, we believe the premise must be that the latest technologies such as IoT and AI will work on a global standard public cloud. Furthermore, another important element is to be able to protect the system and data using the latest security technology.” 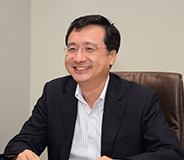 Sumitomo Chemical emphasized its operational performance for SAP S/4HANA in adopting AWS as the public cloud for its global platform. While proceeding with the global deployment of “SAP S/4HANA+AWS” in North America, etc., in April 2016, Sumitomo Chemical launched the migration of SAP ERP to AWS as the largest-scale project of its kind in Japan.

Key Points in Conducting the Migration

Since core systems that support business activities throughout Japan such as SCM, accounting, data warehousing, and facility maintenance were to be migrated to AWS, mistakes could not be tolerated. Mr. Tosa explains the key points as to why Sumitomo Chemical selected Fujitsu to be its partner in conducting this large-scale migration, as follows: “In selecting a partner, in addition to SAP system construction performance for AWS and AWS environment construction performance, we emphasized having a trust relationship and the technical capabilities to complete the project together. Fujitsu had a performance record of conducting an on-premise migration for us when we updated last time to the SAP system and having team members participate who were well-versed in our existing system was another key point for us.”

By implementing thorough risk identification measures in advance, a 14-terabyte migration was completed in 3 days

The project this time was to migrate 14-terabyte database capacity, and moreover, the task was to be completed over a three-day weekend. Initially, the migration was planned for August 2017, but due to the top management’s desire “to immediately enjoy the merits of using AWS,” the plan was changed to the three-day weekend at the end of December 2016. The infrastructure environment could be constructed in a short period since it was cloud-based. The biggest issue was the time required to copy the database files over low-speed dedicated communication lines connecting the existing data center and AWS, and there was a risk that the migration period would exceed the three-day weekend. “To resolve this issue, Fujitsu proposed the log shipping method. By regularly backing-up transaction logs for the real operation on the interim server on AWS, we were able to complete the migration by copying only the outstanding database files on the day before the migration. In addition, Fujitsu’s detailed performance management of the weekly plan enabled the migration to be achieved in three days,“ explains Mr. Kazushi Shiraishi, Senior Manager, 2nd Group, IT Service Division, Sumitomo Chemical Systems Service, Co. Ltd., which is responsible for IT at the Sumitomo Chemical Group.

Mr. Shirashi adds, “The 3 companies of Sumitomo Chemical, Sumitomo Chemical Systems Service, and Fujitsu coordinated closely, not only to prevent excessive downtime, but also to implement thorough risk identification measures in advance. The key point in enabling our success was that we engaged in this migration project with Fujitsu as a united team.”

Using the benefits of the public cloud, the migration to AWS of the SAP ERP at Sumitomo Chemical Europe was also conducted from within Japan. Migration work was conducted remotely while maintaining communications through online meetings, etc., to suppress costs such as business trips and wages for local staff, etc. 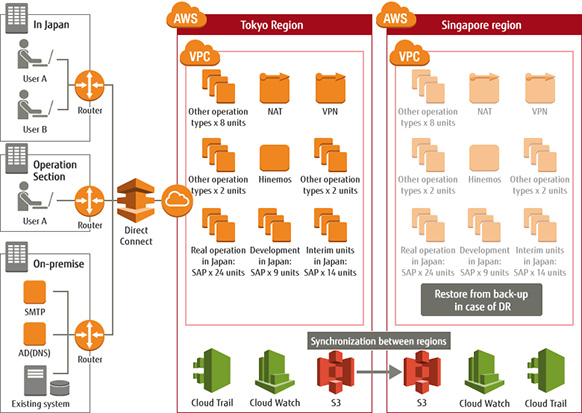 Effects of Migration and Future Deployment

Mr. Tosa expresses his peace-of-mind and surprise that despite this being the largest-scale migration to AWS of SAP ERP ever conducted in Japan, it is continuing to operate stably without any problems at all. The migration to AWS, by realizing high performance through using the latest IaaS services (CPU, SSD, etc.), also shortened night-time job processing time by 40%. Running costs have also been cut significantly because maintenance work has become unnecessary. Furthermore, by constructing a back-up center overseas, Sumitomo Chemical has realized disaster-recovery (DR) capabilities.

Mr. Tosa describes their future prospect as follows: “In 2018, the majority of our company’s core systems in Japan and overseas will operate with AWS as their global platform. We will aim to realize a global SCM in the future, connected by data from upstream to downstream, to include our customers and partners, with SAP S/4HANA+AWS as our global standard, both within Japan and overseas. I hope that in future, Fujitsu will offer us pioneering solutions not only for defensive IT but also for competitive IT.”

Sumitomo Chemical creates new value through the fusion of disparate technologies based on its corporate slogan of “Hybrid Chemistry For a Better Tomorrow.” Fujitsu will continue to exert its total capabilities and advanced technology to support Sumitomo Chemical’s global future endeavors. 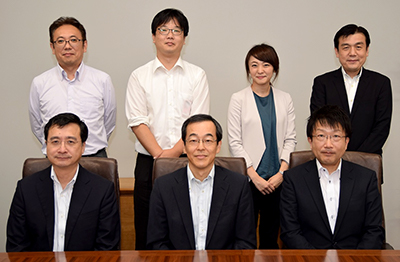 Thank you very much for choosing Fujitsu as your partner for this important project to cloud migrate Sumitomo Chemical’s core systems.

It was a very large-scale SAP system cloud migration, but thanks to the tremendous support of everyone at Sumitomo Chemical, I am delighted that we have been able to bring this project of 2-years to a successful conclusion.

We will continue to focus our efforts as Sumitomo Chemical’s trusted IT partner, proposing various solutions related to new areas and to support the global expansion of your business.

Thank you for adopting Fujitsu’s solution for this project.

We proceeded with the project to migrate Sumitomo Chemical’s important core system, SAP, to the AWS public cloud service, by aiming to migrate with the maximum possible safety and peace-of-mind and to ensure stable operation once it became operational.

Real operation was completed smoothly and we are happy to hear from the people in charge that it has continued to operate stably since going fully-operational.

We shared information on assumed risks from the beginning in launching the project, and by responding to such risks from an early stage, we were able to realize safe and secure migration work and to realize stable operation after the migration.

We would like to continue to support and to contribute to the development of Sumitomo Chemical’s business.