The "G750" next-generation unit is equipped with the "BV100" Bill Validator released in April this year, which complies with banknote authentication requirements worldwide. The unit is equipped with technology developed for Japanese domestic units, for "high speed bill transportation" and "stable operability."

Traditionally, the slot type unit has been the standard unit for the global market. FTEC has provided the slot type in the same manner. In response to the rapid growth of the BRU market in recent years, FTEC will begin marketing the pocket type "G750" in the global market, including China, Korea, and Brazil. (Orders for the "G750" will be accepted from today, September 29, 2011).

In the past, FTEC has provided slot-type BRU's (the "G600" series) in the global market. Now, FTEC has developed and commenced sales of a new pocket type BRU "G750" which is the standard in the Japanese domestic market.

The new BRU G750 utilizes the advantages of BRU's that are available in the Japanese market and that have continuously achieved high-speed bill transportation and stable operability. Additionally, the "G750" provides high performance in authenticity determination by being equipped with a new type of Bill Validating Unit, the "BV100," which identifies banknote serial numbers and manages a maximum of 256 denominations of currencies in a single unit. Moreover, adopting the G750 into an ATM, enables the height of the ATM to be kept low thanks to the contribution of the "Pocket", which provides deployment flexibility.

In recent years, ATM deployment has been accelerating in China. Approximately 270,000 units are in use, although the number of recycling type units has remained at 85,000 (The figure for Japan is 180,000 running as recycling types). Assuming that the installation rate per unit by population of the recycling type ATM in China will be proportionally the same as the rate in Japan, the potential market for recycling type units will grow to 2,000,000 units, which translates into a market that is 11 times larger than the Japanese market.

In the days ahead, FTEC will also aim to significantly boost sales of the units in markets where demand for them is expected to grow, such as Brazil and Korea.

(1) The first unit to adopt a patrol note function.
Realizes stable operation by self checking for any media remaining in the bill-transportation path  inside the Unit.

3. Manage a maximum of 256 denominations of currencies by as single unit

(3) Equipped with dispense and deposit control function
Can reject or return certain bills as counterfeits by registering the serial number of the banknote and identifying when the banknote is to be dispensed or deposited(*1).

*1 This is optional. Please contact FTEC about the countries supported by the serial number related functions. 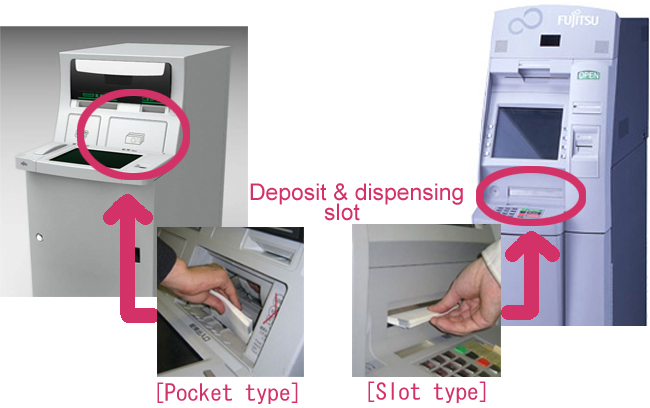