Survival Skills in the Age of AI

This series introduces trendy and popular themes from among those covered in Fujitsu Research Institute's information magazine Chisounomori. The ninth theme is "Survival Skills in the Age of AI." 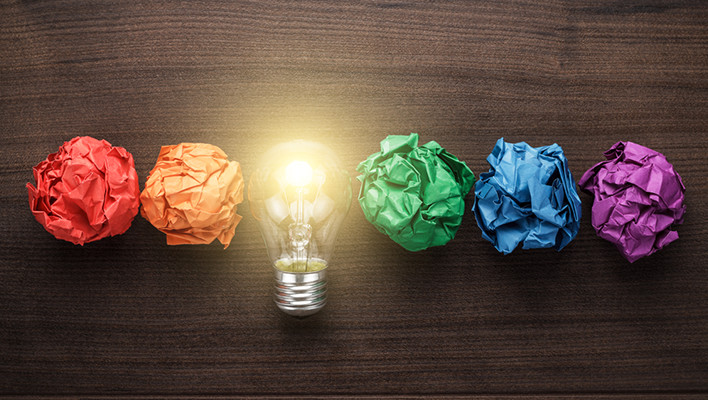 The "age of AI" refers to the era in which we will coexist with AI instead of fearing or worshipping it. Given that, we must develop skills to survive in this age, but what specific kinds of skills? This article discusses the skills needed to survive in the age of AI from the author's perspective. 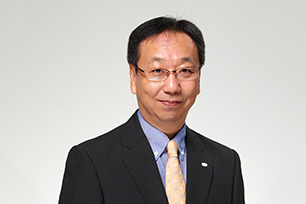 Will Computers Replace Us?

Japan's new curriculum guidelines for 2020 and thereafter are likely to include computer programming as a required course for elementary school education. According to the Ministry of Education, Culture, Sports, Science and Technology (MEXT), its objective is to develop the logical thinking skills essential for computer programming, which in fact will prove to be a timeless, universally necessary capability regardless of children's future careers *.

To say it more simply, let me cite Tomoko Namba **, the founder of DeNA and an education expert: "AI development is said to result in the replacement of 49% of the workforce with AI or robots in the future. In other words, we will lose half of currently existing jobs. Those who 'do not want to be used' by computers should start learning early on in life how to instruct computers (write commands), and teaching programming is one way to realize such learning. It is not that the government wants all children to become computer programmers; it wants children to develop skills to enable them to be the ones giving instructions, not the computers."

In March 2016, AlphaGo, which was developed by Google, shocked the world by defeating the world go champion, Lee Sedol of Korea, 4-1. In shogi, we have the recent memory of the late Kunio Yonenaga, shogi grandmaster, losing to the shogi software Bonkras in a close match ***. Computers now defeat humans in go and shogi. While there have been many debates about the technological singularity, I feel that computer intelligence will easily surpass human intelligence sometime in the future.

Thus, we are now at a time in which we must build a new relationship with computers. So, what kind of skills do we, particularly the young adults and children who will lead the next generation, need in this era?

Which Skills Must We Develop?

Associate Professor Michael Osborne of the University of Oxford has pointed out the following: "Typists were replaced by word processors, and bank tellers were replaced by ATMs. The types of work that will survive in the future are those that require creativity and social skills," and "What's important is not to treat AI as a threat but instead to think of how we can use it and work with it" ****. I believe his comments represent the thinking of many contemporary intellectuals, which is in terms of division of labor--we should leave cumbersome work and simple thought processing to AI, and instead focus on work that requires creativity that AI is not (expected to be) good at.

Now, what creativity can people have that computers do not? I analyzed the concept from my own perspective and arrived at the following three key concepts: ideas, sensitivity, and interactions with others.

Simply put, by ideas I mean coming up with something completely new.

AI is smart but it cannot learn without data. If data, such as millions of shogi or go match records, exists and is input into AI for learning, AI will experience millions of movement patterns in an instant, which we can never do. Before we know it, AI will surpass people who improve their skills by spending many years learning from old match patterns. Moreover, computers make no mistakes. Therefore, we can assume AIs will be excellent players.

AI, however, gets confused when unprecedented moves are made. The late grandmaster Kunio Yonenaga was a player who fought this way. Even though he lost the match, he lost simply in terms of judgment and action (movement) within a very small two-dimensional semantic world governed by the specific shogi ruleset.

In daily living or business, various contexts overlap each other multi-dimensionally in a complicated way. If judgment and action (movement) are always following the same patterns or never change in daily living or business, AI will learn them. If AI is presented with an unprecedented idea (and movements formulated by a combination of such ideas), it will have difficulty overcoming it (winning the match). This is the area which continues to require humans. People who always bring new ideas into work will be valuable. More specifically, skills to generate out-of-the-box, totally unconventional ideas or perspectives will be important. In other words, these are the skills that cause people to say, "I have no idea how this kind of idea could result from that input." This is a human skill.

Therefore, it is important for us to actively engage in new areas which do not yet have data and to train ourselves to generate ideas. What we want to develop is the ability to create ideas that enable us to handle encounters with the unknown and even create the unknown. This unknown does not have to be a grand invention or innovation. Always trying to create new ideas at school, in the office, or in daily living can train creativity.

We all know that research to find ways to give AI emotions began a long time ago. For example, Pepper *****, an AI developed by SoftBank, shows emotions; it can become shy and anxious, and it likes people who do something nice to it. SoftBank says that Pepper has emotions while noting that these are actually unique emotional features. Pepper outputs emotions as a programmed function; it does not have the ability to psychologically respond to things or events, nor does it have sensitivity ****** as humans do. Yet I believe that excellent sensitivity is an indispensable ingredient for creativity.

Development of the Painting Fool, which paints in accordance with its 'feelings' of the moment, is underway. It creates beautiful paintings that look as if they were drawn by someone with excellent sense, but it also acts like a human creating not-so-great art from time to time. These examples have led some to believe that AI is starting to have creativity. AI at this level, however, cannot generate a new genre of art like Picasso did. Picasso's paintings are said to be splendid not because Picasso had excellent techniques in realism painting but because he expressed a unique form of art called cubism. Creating and expressing a new form like this is the product of sensitivity and ideas that only humans can produce.

Sensitivity applies to a much wider range of fields than just fine art; no high quality business can grow without the power of excellent sensitivity.

People cannot live without interacting with others, and such interactions are a source of new value that we create. By interacting with others, we think a lot and take actions. Others can also motivate us. We then create various things. Taking advantage of technology such as social media, we are dramatically increasing the number of chances to interact with others and continuing to expand our potential and creativity. The capabilities that we continue to demonstrate while being stimulated by others in many ways cannot be easily replaced or surpassed by computers. Recent attention to open innovation and co-creation is a movement that anticipates the potential of relationships with others and is an act borne out of the nature of humans as social animals. People continue to evolve while flexibly making use of the power of computer networks and other people. To understand this, I need merely introduce the examples of Wikipedia, which allows us to search for and input information, and GitHub, which facilitates software development. Skillful interactions with others stem from human nature and guarantee our creativity.

The Pursuit of Humanity

So far, I have discussed skills for surviving in the age of AI by focusing on thoughts, which are brain activities. However, there are other elements we must keep in mind--health and strength. Let us return to MEXT's elementary and junior high school curriculum guidelines. The current curriculum guidelines place importance on 'zest for living.' Zest for living, according to MEXT, consists of solid academic prowess, a well-rounded character, and a healthy body *******. Although these terms are textbook expressions, I fully support the importance of health and (physical) strength. Ideas, sensitivity, and interactions with others as I have discussed so far are also based on or supported by the assumption that we are in good physical condition. By the way, can a computer have physical experiences like us, such as fulfillment, scarcity, pain, pleasure, or even psychological stability or instability based on its health and strength, and form the same or equivalent level of knowledge as we do? Or, do these kinds of questions even have meaning for inorganic computers ********?

Human behavior is a repeating cycle of obtaining and assessing information and acting accordingly. Judgments are made for a reason. AI can also obtain and assess information and perform accordingly, but this is clearly distinguishable from humans by the reason for said judgment. This difference comes from ideas, sensitivity, and interactions with others as well as the aforementioned physical condition. These elements are included in a complex configuration of human thought circuits (or "humanity"), and such thought circuits are too deep and abstract for AI to catch up. We humans must thus keep improving these thought circuits.

Conclusion: The Era of Co-existence with AI

As I described in the earlier part of this article, many intellectuals believe it is wiser for us to keep evolving while keeping focus on the ways that evolution can expand for us rather than focusing on what evolution may take away from us, and it is therefore important to think about how we should use technology. We must calmly view the age of AI from this perspective.

In the recently published book The Second Machine Age *********, author Erik Brynjolfsson states that "computers have overcome the limitations of human intellectual capacity and are trying to take humanity into a new area. How exactly this will take place remains unknown." I agree. What we do know already is that the age of AI is an era in which we live with AI instead of fearing or worshipping it. With that in mind, we must develop skills to survive in this age. Over the past 30 years, physical training methods have completely changed; people used to bunny-hop, but they now train their muscles. Similarly, how we think and train our brains will also continue to change. We humans should welcome such change.

*: Cited from the MEXT website (Teaching programming at elementary schools (discussion summary))
http://www.mext.go.jp/b_menu/shingi/chousa/shotou/122/houkoku/1372522.htm
**: Cited from a speech by Tomoko Namba (Educational IT Solution EXPO at Tokyo Big Sight on May 18, 2016)
***: Yonenaga, K. (2012). Ware Yaburetari ~ Kompyu-ta Kisen no Subete wo Kataru [I lost--Everything about the Computer Shogi Match]. Chuokoron-Shinsha
****: Cited from comments published in Asahi World Forum 2016, Asahi Shimbun special article, October 26, 2016
*****: Cited from SoftBank product information (Pepper's emotions)
http://www.softbank.jp/robot/consumer/products/emotion/
******: The first definition of sensitivity in Daijirin (Japanese dictionary): the ability to psychologically respond to things or events
*******: Cited from the MEXT website (Chapter 2 For Better Elementary and Junior High School Education, Part II, 2007, White Paper on Education, Culture, Sports, Science and Technology)
http://www.mext.go.jp/b_menu/hakusho/html/hpab200701/002/002/002.htm
********: For example, one of the top AI experts in Japan, Yutaka Matsuo, an associate professor at the University of Tokyo, warns us not to mix 'life,' which has the need for self-preservation and species expansion, with 'intellectual capacity,' which displays highly smart behavior if an objective is given (E-Ai ni Ubawareru Shigoto [Work to be Taken Over by AI in the Future]. Special Edition, AERA. June 15, 2015. Asahi Shimbun Publications). The question in this article is close to mixing these two things.
*********: Brynjolfsson, E., et al. (2016). The Second Machine Age. Nikkei Business Publications.