Shaping the evolution of high-performance computing

We have been innovating the high-performance computing space for over 30 years. Back in 1977, we developed our first supercomputer, the FACOM 230-75APU. We went on to develop numerous record-breaking machines, most recently in 2011 with the petascale K computer.

Proof of the commercialization potential of petascale computing, our PRIMEHPC FX10 machine is built on the technology employed in the K computer. The PRIMEHPC FX10 features a next-generation processor architecture, the six-dimensional mesh/torus interconnect technology ("Tofu") developed for the K computer, and an improved cooling design. Those breakthrough technologies provide a scalability that can take the FX10 to a theoretical capacity of more than 20 petaflops. 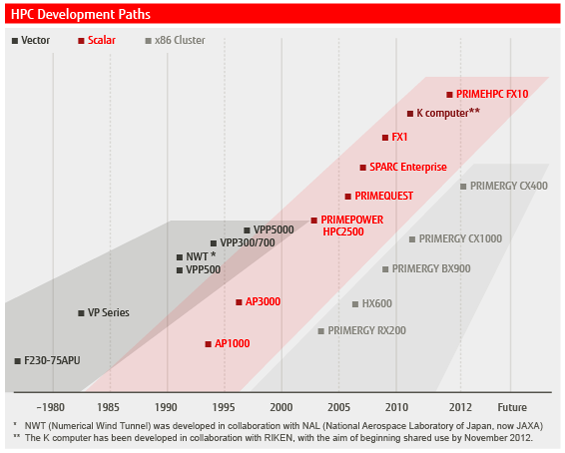