The Japan Aerospace Exploration Agency (JAXA) was established in 2003 as a result of the integration of the Institute of Space and Astronautical Science (ISAS), the National Aerospace Laboratory of Japan (NAL) and the National Space Development Agency of Japan (NASDA). Positioned as the core institute that technologically supports space development and utilization, JAXA is working in areas ranging from basic research to development and use in a consistent manner. Projects that they conduct cover a vast spectrum of fields, including the use of space environments, contributions with satellites and probes, space science research, solar system exploration research, and astronautical technology research.

"At the moment, the Hayabusa2 asteroid probe is observing an asteroid called Ryugu in order to clarify the origin and evolution of the solar system and raw-material substances of life forms. In 2019, the probe will touch down on the surface of Ryugu. There is another planetary exploration mission known as the BepiColombo mission, the first joint project by Europe and Japan. In this project, the Japanese Mercury Magnetospheric Orbiter MIO was launched to Mercury on October 20, 2018," said Dr. Makoto Yoshikawa, an associate professor at ISAS, JAXA, the mission manager of the Hayabusa2 project, and one of "The 2018 Nature's 10," the list of ten people who played important roles in science that year.

ISAS has always been venturing into new fields. In recent years, they launched probes to many celestial objects and have been exploring the evolution of the solar system that spans 4.6 billion years using such approaches as observation and sample-return. Hayabusa and Hayabusa2 are part of such projects. 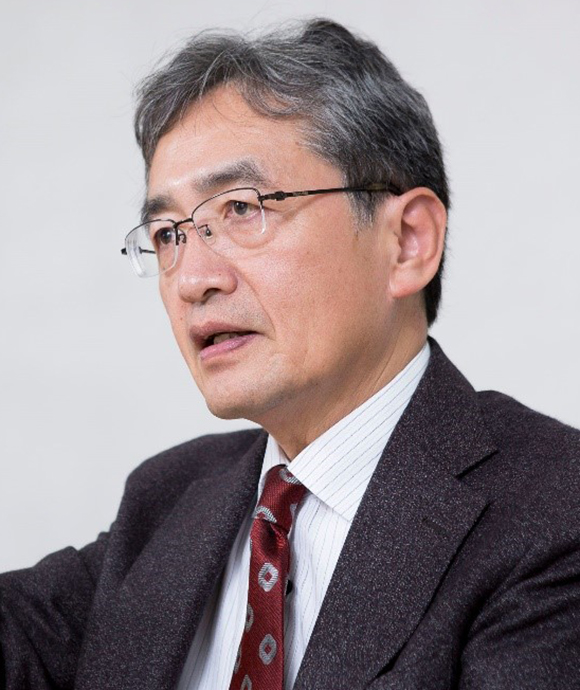 Dr. Yoshikawa explained the difficulty of determining a solar system probe's orbit. "A large factor contributing to the difficulty is the great distance. Compared to a satellite near the Earth, the distance between a solar system probe and the Earth is far greater, which causes changes in speed to be small when measured with radio waves, hence difficulty in estimation. In addition, a longer distance results in weaker radio waves and more noise. Poorer data quality results in less precise orbit determination." (Dr. Yoshikawa) Other factors contributing to difficulty in orbit determination include tiny forces, such as solar radiation pressure, and fluctuations of the output of thrusters and ion engines that serve as the propulsion system of a probe.

"When determining a solar system probe's orbit, its location can only be identified precisely by estimating various factors one by one with a high degree of accuracy, which is very difficult," said Dr. Yoshikawa. The orbit determination systems that Fujitsu provides calculate the locations of probes precisely based on data on probes that ground stations have tracked with radio waves and data on target celestial objects that those probes have observed. However, delivering systems is not the only job.

"Since deep space exploration involves a plethora of new challenges, the software created initially is often not applicable without modification. When calculations that an orbit determination system performs are a bit off, we have a discussion with Fujitsu to modify the method. And Fujitsu and we make improvements by enhancing the system and streamlining operations. Fujitsu has been participating in projects while fulfilling its responsibility as a member of the orbit determination team, not a distant, external partner company." (Dr. Yoshikawa)

Difficult situations are commonplace in orbit determination for a solar system probe. "When a problem occurred in the Nozomi Mars exploration project, Fujitsu's technology saved us," said Dr. Yoshikawa. The Nozomi probe was assigned two radio frequencies, one of which, however, became unavailable during travel. The other was only available by emitting radio waves from a highly directional parabolic antenna, meaning it could emit intense radio waves forward but, problematically, only weak radio waves laterally. "To use the probe's parabolic antenna, the antenna needed to be precisely aimed at the Earth before communication. However, the antenna could not be constantly directed at the Earth due to the changing attitude of the Nozomi probe. To tackle this difficulty, Fujitsu adopted the method of processing the weak lateral radio waves that are too poor in quality to use under normal circumstances and extracting data usable for orbit determination in order to operate the probe. That was a very difficult job but nevertheless Fujitsu accomplished it. That left an extraordinary impression on me because Nozomi was my first planetary exploration project at ISAS," commented Dr. Yoshikawa in appreciation of Fujitsu's technology at that time.

Fujitsu also helped determine the orbit of the Hayabusa asteroid probe launched in 2003.

Hayabusa was equipped with ion engines for the first time in a Japanese project. Different from traditional engines, ion engines feature a weak yet continuous propulsion force. "Traditional chemical engines create thrust in a short burst and then stop, so all we had to do was estimate that burst. On the other hand, ion engines maintain a constant thrust, which requires us to estimate propulsion forces over time, making orbit determination more difficult," explained Dr. Yoshikawa.

Hayabusa arrived at the asteroid Itokawa on September 12, 2005. After observing the asteroid from a distance, Hayabusa successfully landed on Itokawa in November 2005. Subsequently, however, various problems, including a fuel leak, engine stoppages, and communication disruptions, occurred. "It became impossible to receive radio waves from Hayabusa but we concluded that we should not give up. We had to keep the antennas on the Earth directed to Hayabusa so that radio wave emission could be resumed any time. With the conditions by the time radio waves stopped taken into account, we calculated and predicted error ranges in its subsequent orbit and considered various possibilities to predict the area in which Hayabusa might be. In the end, radio waves from Hayabusa were received in the direction of the antennas after approximately seven weeks, much earlier than expected. This miraculous recovery of Hayabusa was the moment when all the project team members exploded in excitement and joy," said Dr. Yoshikawa.

Despite numerous problems that might have prevented Hayabusa from returning, the re-entry capsule landed in a desert in Australia on June 13, 2010.

In 2014, Hayabusa2, the successor to Hayabusa, was launched to the asteroid Ryugu. The Hayabusa2 project has adopted the Delta Differential One-way Range (DDOR) technology in order to achieve more precise orbit determination compared to older solar system probes.

"Concurrently receiving radio waves with ground antennas at two separate stations that are far from each other and measuring differences in signal reception times enables more precise orbit determination. Precision is improved by about two digits," said Dr. Yoshikawa. The traditional orbit determination method is said to cause an error of 100 km per 100,000,000 km. This means that, in the case of Hayabusa2, an error of 300 km can be observed since the probe is 300,000,000 km away. The use of DDOR reduces this error to several km.

"An error of 300 km per 300,000,000 km sounds enormous, but this is actually an error as minor as 10 m per 10,000 km. This is pretty decent precision. Even so, the use of DDOR improves precision in orbit determination to an error of less than half a meter per 10,000 km. This would make it possible to aim at a target a few dozen cm in diameter located in Chicago, US from Tokyo," explained Dr. Yoshikawa.

As of the end of 2018, Hayabusa2 has already arrived at the asteroid Ryugu, and we are waiting for the day of touchdown.

Evolving through Experience for Higher Precision in Orbit Determination

Dr. Yoshikawa emphasized that experience is crucial in orbit determination. "Although Japan has launched many satellites, the number of probes that went to or past the Moon is only around 10. Various predictions made on the Earth often turn out completely incorrect in space. When encountering trouble or an unexpected situation, we have to analyze it in preparation for similar circumstances. Experience is of vital importance for growth," said Dr. Yoshikawa.

As of the end of 2018, ISAS is operating the Akatsuki, IKAROS, Hayabusa2, and MIO solar system probes. The orbit determination group and Fujitsu will continue to determine the orbits of these probes.

Dr. Yoshikawa expressed a vision of the future, saying, "In addition, research and development on the Martian Moons eXploration (MMX) project has been commenced for launching a probe in the first half of the 2020s. This project is even more difficult than Hayabusa2 and precise orbit determination is crucial. We will make every endeavor as always." Going forward, Fujitsu will support Japan's projects for solar system exploration with our orbit determination technologies.

*On February 22, 2019, Hayabusa2 has successfully touched down on Ryugu.