A Femtocell is a small and lightweight base station designed for indoor use such as residence and enterprise.
The Femtocell broadcasts a cellular signal that is received by a user's cellphone or wireless modem then backhauled through the user's wired broadband connection. Overall, the Femtocell not only reduces operations cost for mobile operators, it also delivers a high user experience to users. 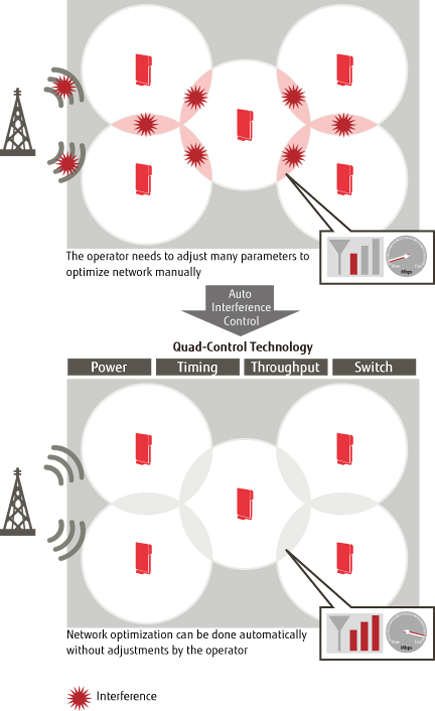 The BroadOne Femtocell has a plug & play self-configuration functionality that enables simple automatic installation when the unit is connected to a broadband network. This auto-configuration capability enables mobile operators to put the Femtocell into service on the network and configure the necessary parameters automatically without any action from the mobile operator.

Installation can be accomplished in three easy steps: 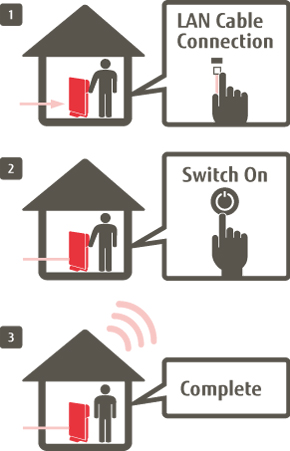 Example2
When the Femtocell is installed onto the same floor with the other devices, this Femtocell can select different a frequency of a neighbor Femtocell to minimize the interference. 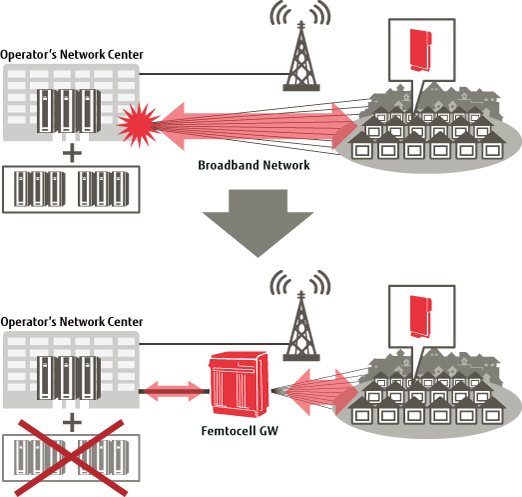 The BroadOne HeMS system consists of Server and Client.
The Server has database information, and the Client manages the Femtocell and Femtocell GW via a GUI interface. The HeMS can monitor a maximum of 200,000 Femtocell simultaneously. In addition, mobile operators can manage the status of Femtocell and Femtocell GW by operating reboot, lock and unlock functions.
If alarms occur, it is easy to capture the latest status thanks to the visible GUI application. In terms of software updates, mobile operators can upgrade all network elements at one time to reduce maintenance operating time. 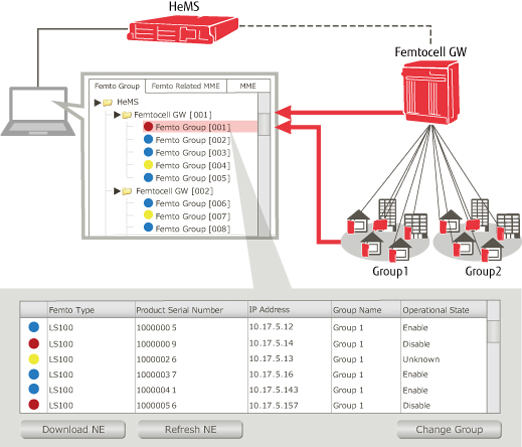