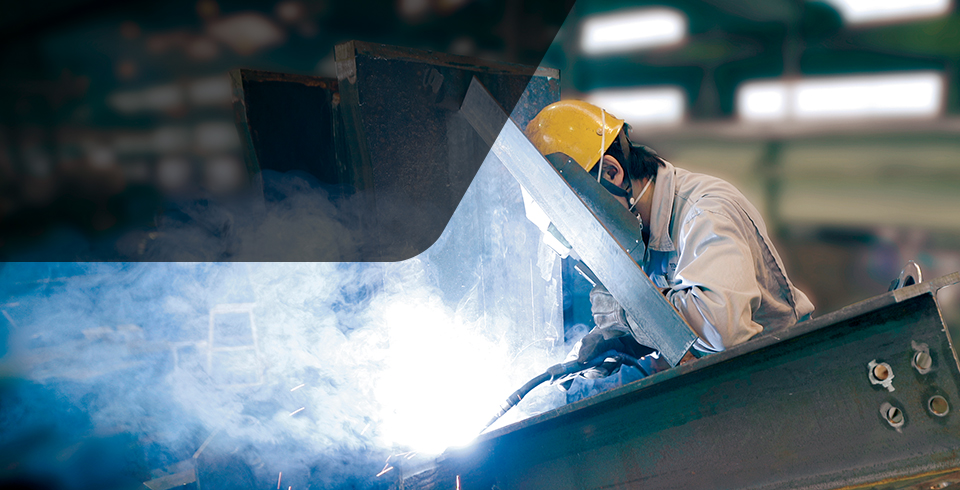 TOMOE Corporation is engaged in a broad range of business areas, from general construction to specialized steel towers, bridges, and steel structures. The company had relied primarily on visual inspection of its assemblies used in the construction of various structures, but defective inspections resulted in significant rework. Fujitsu then engaged with TOMOE Corporation to jointly develop an assembly inspection system that employs 3D computer-aided design (CAD) data and AR technology. Any miscalculations can now be detected at the factory, prior to assembly at the worksite, thereby improving quality and preventing delays in the on-site assembly process.

If we miss an error during the materials assembly stage, it leads to rework in subsequent stages and delays in the final construction schedule. Our objective was to ensure we could catch every error by harnessing the power of ICT in the inspection of assemblies.

Since its establishment in 1917, TOMOE Corporation (TOMOE) has been involved in the design, manufacture and implementation work on a vast array of buildings, steel towers, bridges and steel structures. The company has developed numerous proprietary construction-related technologies and won widespread acclaim for the technological prowess exhibited in a wide range of projects. These include the evocative sail-like roof over the multipurpose commercial facility of Tokyo Station.

Since 2006, TOMOE has been a pioneer in promoting the use of ICT in the design process by employing 3D CAD and automated design solutions. Unfortunately, the task of checking that assemblies are produced exactly as designed on the CAD plans was largely a manual operation that relied on visual inspection and measurement tools. Human error in measuring key dimensions or angles would increase the risk of misaligned components being delivered to the construction site.

"If we miss an error during the materials assembly stage, it leads to rework in subsequent stages and delays in the final construction schedule," elaborates Hiroaki Nishihara. "We also foresaw that manual inspection would become increasingly problematic as the scale and complexity of construction projects continues to grow. Therefore, our objective was to enhance quality and ensure that we could catch every production error by harnessing the power of ICT in the inspection of assemblies."

TOMOE initially developed a proprietary technique for detecting misaligned components, which involved overlaying 3D CAD data on photographs of assemblies. A prototype system was developed, but the interface was too complex and many staff found this tool difficult to use.

In search of a resolution, TOMOE turned to Fujitsu – a partner for more than a decade in the area of CAD/CAM system implementation and operation. Fujitsu proposed the development of an assembly inspection system based on AR technology. TOMOE's Oyama Factory was chosen as the site for a proof of concept. Takeshi Yanagihara, Director of the Systems Promotion Department in the Development Division of TOMOE, reflects, "Initially we envisaged a system that would use AR markers, but we commenced joint development following Fujitsu's recommendation to deploy markerless AR technology. This approach provided better flexibility and was more user-friendly." (For details please see page 28, Book2)

How business leaders can adapt co-creation initiatives to deliver outcomes?