Understanding of the formation of the moon and planets may lead to greater comprehension of the origins of the solar system and the origins of life. Fujitsu developed the three-dimensional terrain camera and the visible/near infrared sensor built into the "Kaguya" lunar orbiter(note 1) that was launched from the Tanegashima Space Center(note 2) on 14th September 2007. This has contributed to the creation of high resolution stereoscopic images of the entire lunar surface, plus knowledge of the geology and mineralogy of the moon. Fujitsu is also active in the field of satellite orbital calculations, providing advanced simulation technology to support the technical proving of missions for entering lunar orbit and the control of orbital attitude (such as the controlled drop onto the lunar surface on 11th June 2009). The resulting observed data may also be used in the future to investigate the possibility of utilizing the moon's resources, and will also be important in terms of future manned activities on the lunar surface.

Fujitsu also played an important role in the "Kaguya" project of "to understand the origin and evolution of the moon" through the construction of ground data handling systems that performed, calculations for entry into lunar orbit, maintaining lunar orbit, analyzing the gravitational field, and processing observational data. This was coupled with the development of the onboard three-dimensional terrain camera and visible/near infrared region sensor. 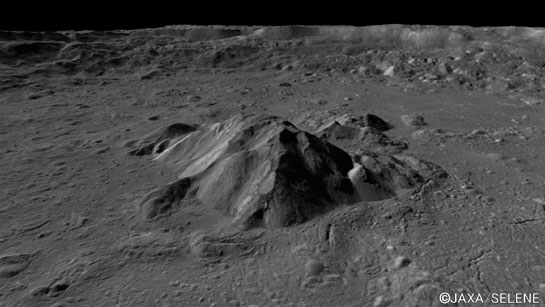 "Kaguya" is a lunar probe that was launched by the Japan Aerospace Exploration Agency (JAXA) on 14th September 2007 with the goals of collecting data for learning about the origin and evolution of the moon and to prove the technology for entering lunar orbit and orbit attitude control.