Deep learning with a Reduced Number of Training Data

This technique was presented on the “IS&T International Electronic Imaging Symposium 2017” held on January 31, Tuesday in San Francisco, USA.

In China, there are about 50 million volumes of ancient books. They have a very high value of heritage and many of them are still attractive to the modern society. However, with the passage of time and the impact of human activities, these cultural heritage has been eroded and destroyed a lot.

In the preservation of ancient books, the libraries usually store them in the form of digital images. In addition to the protection of the literature, libraries also rely on ICT technology to make full use of the ancient literature by converting the data from character image to character code or text. At present, through the domain experts’ manual annotation, only a few of the ancient books have been completely digitized. To realize the digitization of all the ancient Chinese books, a lot of time and cost are needed.

In deep learning based character recognition, training data is of great importance which consists of huge number of text images and their associated text labels, so that the recognition engine can be trained sufficiently. Apparently, the more training data, the higher the recognition accuracy. However, as the number of character categories in ancient China is huge, the work of manually collecting and labeling character samples is not practical due to its prohibitively high cost and time consumption.

In contrast, the recognition of Alphabet letters and numbers can be achieved by collecting the training data in a relatively easy way since the number of characters is only a few. However, it is difficult to apply these techniques to the ancient Chinese literature in the form of a large number of fonts and different writing styles.

The developed technique was applied to 1000 historical document images of Dunhuang, China[2]. The results show that compared with the traditional techniques, only a small amount of training data is used to achieve the recognition accuracy of 81%. In average, the training data can be reduced by 70% for each character. Besides, when using 50 training samples per character, the technique achieves 88% recognition accuracy, while the previous released record in the academic society is 82%. 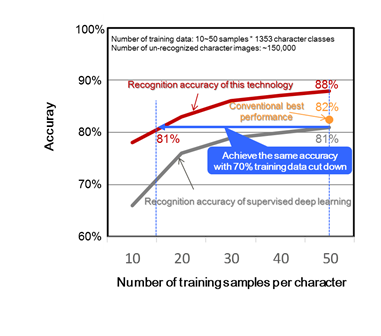 Figure 2: The effect of the developed character recognition technique applied to the Dunhuang dataset

Fujitsu R&D Center will continually popularize our historical books digitization solution to the major Chinese local libraries and archives, promoting the integration of ancient books digitization, image retrieval and culture preservation. This technology can also effectively improve the recognition accuracy of Japanese, Korean and other languages. In order to be integrated effectively in 2018 Fujitsu AI platform 「Human Centric AI Zinrai」, we will continue to apply small sample based effective training technique to more object recognition fields, for example, the classification of a plurality of image data, the identification of plant species, etc.

Fujitsu is the leading Japanese information and communication technology (ICT) company offering a full range of technology products, solutions and services. Approximately 156,000 Fujitsu people support customers in more than 100 countries. We use our experience and the power of ICT to shape the future of society with our customers. Fujitsu Limited (TSE: 6702) reported consolidated revenues of 4.7 trillion yen (US$41 billion) for the fiscal year ended March 31, 2016. For more information, please seehttp://www.fujitsu.com.